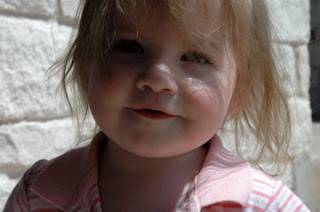 Abbie was born with a congenitally small ear canal and a correlating 30-40db hearing loss.  We discovered this when she was 6 months old and her ear had grown to where her eardrum was no longer visible.


I remember seeing a pediatrician (different from our normal one) and his surprise when the otoscope couldn’t find anything to see and then the tympanogram couldn’t find any sound to bounce off.  I carried Abbie down the hall, my face fresh with surprise.  Our regular pediatrician took one look at me and followed us into the exam room.  It would take a specialist to get to the bottom of her issue - but from that day we knew that things would be different.


A unilateral hearing loss left Abbie with mono sound rather than stereo.  For instance, if a car was approaching on her left side (where her hearing loss is), she would hear it louder on her right and naturally assume the car was coming from her right.  Many times this was not as urgent an issue as an approaching car, but as she grew and became more socially active the need for amplification became apparent.  So at age 3 we found an ENT who allowed Abbie to receive a hearing-aid.  I made a short video of the process.  The look on her face when she was able to hear the full volumed sounds in her left ear is priceless.

Until last year she has been functioning well with a hearing-aid (when she wore it!).  We have been thrilled with the Deaf and Hard of Hearing program in the District 196 school district and she hasn’t had any learning or speech delays.  Our ENT would periodically see Abbie and clean out her tiny ears and things were going fairly well. 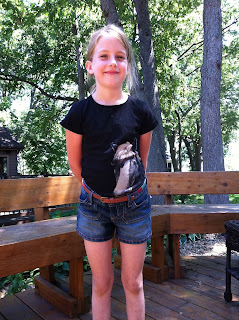 Last year she began having more pain associated with wax build up, and less tolerance for the increasingly painful in-office cleanings.  We decided to put her under anesthesia and get a thorough cleaning.  After several of these procedures we realized that this regimen was not sustainable.  Something needed to change.


Our ENT suggested a canalplasty.  He would surgically enlarge her ear canal using a skin graft.  There was a small chance that her hearing would return, but the main focus was to alleviate the chronic cleanings and discomfort.

We agreed and yesterday Abbie underwent a canalplasty on her left ear.  The surgeon was able to double the size of her ear canal using a skin graft, about the size of a nickel, taken from behind her ear.  There are small strips placed on the grafted incisions encouraging the healing while packing is stuffed inside the ear canal.  In two weeks she will undergo full anesthesia again to have the packing removed and special sponges inserted.  After another two weeks the sponges will be removed in office and her healing will be 2/3 of the way done. 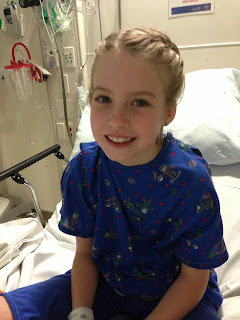 She did great through the operation and was brave through a day she would have rather not had.  In the past anesthesia has been difficult for her to emerge from with her experiencing outbursts and struggle.  Yesterday the anesthesiologist altered her meds (as well as Brian and I requesting many to pray for her) - and she was groggily able to participate in her recovery.  In fact, we’ve been saying to her “slow down!” 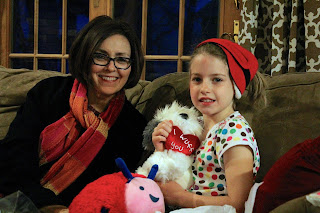 Thank you for your prayers and love for our family.  I’m learning over and over that my kids are mine to teach and love on - but that God truly holds their future.  It’s hard to let go of that ownership (though it’s a mirage) but such a sweet thing to trust Jesus and to prove Him over and over.


Oh for grace to trust Him more.

The "Abbie gets a hearing aid" is one of my favorite videos! and what a beautiful photo of Abbs and Linda!